A Brief History of Neurofeedback

In essence, Neurofeedback emerged as the convergence between research on EEG – the tiny current measurable on the scalp – and biofeedback.  It is therefore also called EEG-biofeedback.  Both phenomena were discovered less than a hundred years ago, and it is only during the last ten years that we have been able to enjoy the benefits of Infra-Low Frequency Neurofeedback, the culmination of the Othmer Method. 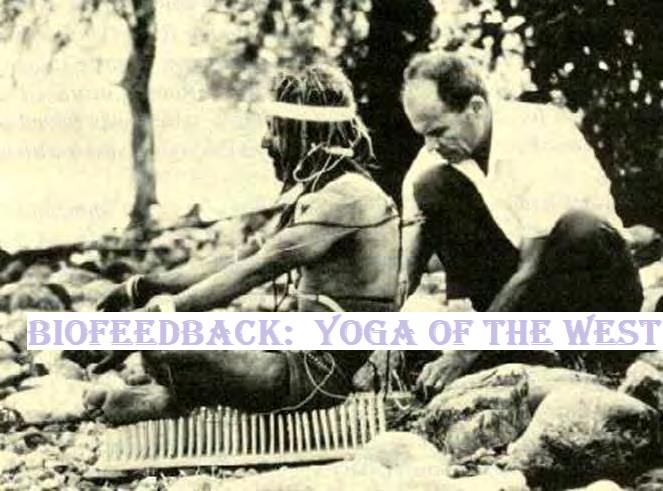 A pioneer of biofeedback was Elmer Green.  In the 1950s, strongly influenced by his study of Buddhism, he took to experiments to demonstrate the power of the mind over body.  Biofeedback is a technique whereby a person can learn to control functions of the body which are normally regulated subconsciously, such as blood pressure and flow, head muscle tension, perception of pain, breath and heart rate.  Voluntary control is gained by giving the brain feedback, through visual or auditory stimulus, on whether the desired state is being attained or not.  It is essentially ‘operant conditioning’, or a reward / inhibit protocol (‘carrot and stick’).

The following video – “Biofeedback: The Yoga of the West” – illustrates Professor Green’s endeavours.  In 1974 Elmer Green traversed India with a portable psychophysiologic laboratory to study the self-regulation achieved by yogis:

The Emergence of EEG – Biofeedback

Electroencelephalography, or EEG, was borne out of observations of electrical activity measured on the scalps of animals around the time Thomas Edison was filing his patent for the light bulb in the 1870s.  Some fifty years later, in 1924, German Physiologist Hans Berger recorded the first human EEG – which happened to capture a 10Hz alpha wave.

In the 1950s, Dr. Joe Kamiya at the University of Chicago began applying the concept of biofeedback to training the brain’s activity itself, using EEG rather than heart rate measurements or the like.  His experiments were largely about inducing ‘alpha’ state and conditioning his subjects to being able to tell which brain state is dominant.  Dr. Kamiya describes the work that first brought neurofeedback into the public eye and earned him the title ‘father of neurofeeback’ in this video:

Simultaneously, Barry Sterman was experimenting with cats along similar lines.  They would get a reward if they could produce, or increase, the dominance of low beta (13-15Hz) waves, also called SMR or the sensorimotor rhythm, as measured across the sensorimotor cortex.  Also known as the ‘motor strip’, this part of they brain is effectively a ‘strip’ from ear to ear on the outer layer of the brain, and unsurprisingly, controls movement by sending signals down through the spinal cord.  (These are refined by the cerebellum at the back of the brain, but the cerebellum doesn’t have an EEG).  For the difference between brain waves, see this table.  While alpha and theta waves relate to less conscious deeper states, beta is very much in the cognitive realm, and Barry Sterman took his research to study seizure in epilepsy, and also ADHD.  His cats, having learned to feed themselves by producing more beta waves, ended up in an experiment in the 1960s space programme.  Here, fearing that rocket fuel fumes could adversely affect astronauts, cats were injected with said substance and it transpired that the cats who had been tended to by Dr. Sterman before were seizure resistant, unlike cats that had not received his neurofeedback.  Barry Sterman was able to cure a 23-year old female epileptic from seizures using his SMR-biofeedback training over the course of two-and-a-half years.  The alternative medicinal use of neurofeedback was thus established.

In the 1970s, Dr. Joel Lubar advanced the use of neurofeedback to start treating ADD / ADHD.  He also began creating a database for the assessment of individuals with this focus instability, which expanded into the LoRETA database still used.

With essential and exciting groundwork laid by Green, Kamiya, Sterman (and his cats), and Joel Lubar, Neurofeedback entered the mainstream narrative when it came to severe mental health issues.  Unfortunately for this non-invasive, drug-free alternative medicine, the 70s saw an emergence of targeted psychiatric drugs, whose use could be scaled and  monetised more readily.  It was not until the mid 1980s that neurofeedback experienced a kind of renaissance when the Othmer s entered the field.

Contact us
Now OPEN in Brighton. +44 (0)79666 99430
Contact Us
This is default text for notification bar
Learn more
We use non-personal cookies ensure that we give you the best experience on our website. If you continue to use this site we will assume that you are happy with it and have read and understood the DisclaimerOkDisclaimer